It was another great match organised by John Dabell and the two schools.

Thanks to all that helped to put on the occasion to raise money for CRY – Cardiac Risk in the Young. The event was well attended and it raised £650 for the charity on the evening.

A fantastic effort by both teams and a thoroughly entertaining game that ended up in a 5-1 victory to Sackville. The victory tightens the difference in head to heads with Imberhorne leading Sackville 9 to 8.

“It was fantastic for the community to finally get the opportunity to support this worthy cause again after a year away. The game was well attended by many of the players’ peers and parents which was great to see.

The game was tightly contested from the outset, however Imberhorne went ahead with a well taken goal early on. Sackville quickly replied with a goal from Harvey Burgess after 20 mins. It wasn’t until the 70th minute when Sackville got ahead in the game, with what many have said was the best goal they have seen in grassroots football let alone the Memorial game. from captain Ben Aubrey. Weaving in and out of Imberhorne players cutting back onto his left foot and unleashing an unstoppable strike into the top corner.

Sackville really then started to control the game and pull clear. Goals from Harvey Burgess, Matei and that man again Ben Aubrey at the death sealed the 5 -1 win for Sackville.

Man of the Match – Ben Aubrey” 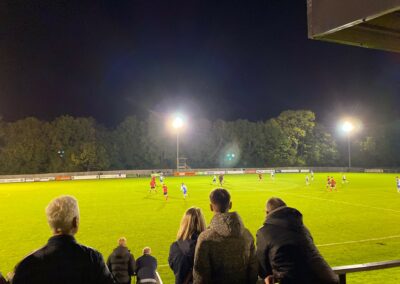 A good view from the main stand at EGFC 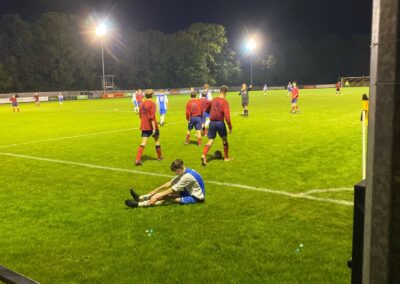 Another attacking attempt foiled that leads to a corner 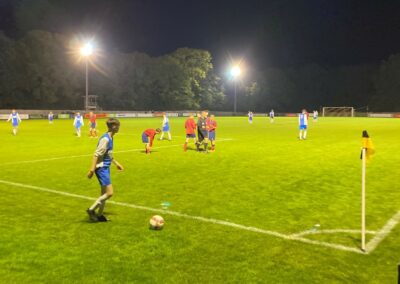 Players at the corner flag 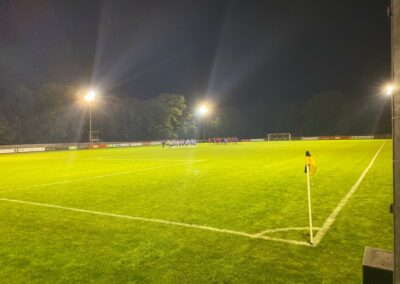 Both teams pay respect in the minutes silence

A vocal crowd – A good attendance from Family & Friends 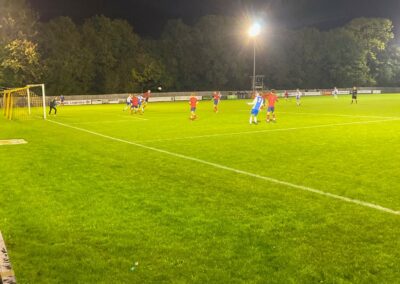 Attacking football from both sides 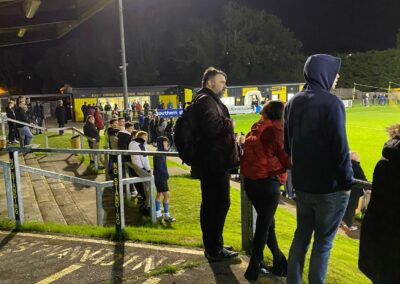